In his new television show 'Rhod Gilbert's Work Experience', comedian Rhod joined us at Peter Alan to take on the sales focused world of residential sales.

In the show, Rhod headed to our Cwmbran branch to join veteran agent Gavin Sheppard and his team, in the hope of becoming a property professional. But did the grumpy comedian have what it takes to make it in the cutthroat industry of property?

Gavin, who has 15 years experience at Peter Alan, took Rhod under his wing, and armed with a wagon full of motivational one liners, showed him the ropes. 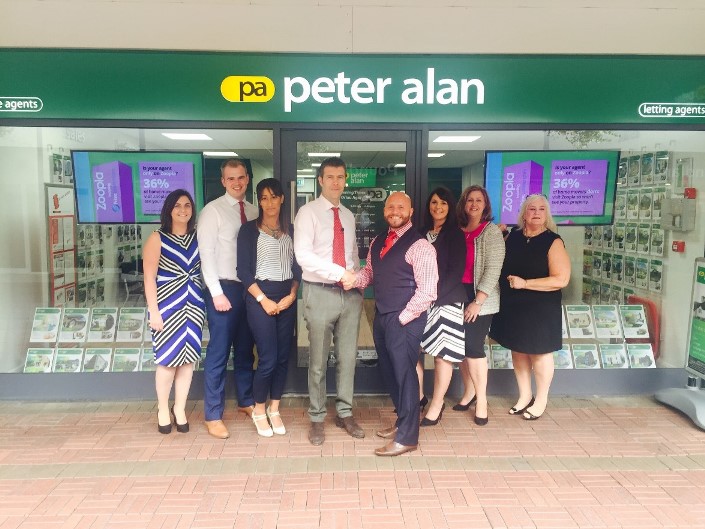 Rhod's training began by taking a peek around just two of the homes we had available for sale. The first was a £3 million luxury pad, complete with games room, sensational views and its own lake. But it wasn’t all long gravel driveways and outdoor pools as the pair then headed to a property that had recently been repossessed to see the less glamorous side of the business.

Upon entering the second property the change in atmosphere was palpable. Gavin explained that there were unfortunate cases where residents had been asked to leave their homes and the property taken back into possession. With wall to wall waste littering every room, the harsh reality of every day estate agency sunk in.

Back at the office, Rhod got stuck in writing creative property listings, taking photos of homes and was responsible for hosting an open house. But with his photography skills only achieving a four out of 10 from the team and his open house a flop, it was clear there was still a lot of work to do.

Next Rhod was sent to size up paranormal loving Charmaine’s house. Equipped with Gavin’s expert advice, he talked the talk (but not too much) and convinced Charmaine to let him find her a new home.

After bringing homeowner Charmaine on board as a buyer, Rhod was then tasked with finding her the perfect fixer-upper. Trying to meet the extensive criteria of a “run down” and "bogging" property complete with chimney stack, Rhod rounded the week off by selling Charmaine’s own house back to her - for the full asking price!

Having watched the episode back, admittedly through parted fingers, Gavin and the team were happy to have painted a true picture of estate agency:

“We were pleased to see that we came across as normal people from all levels of life. We have received really positive feedback and it was a great opportunity for us to get out there and show what agents really do.

“Estate agency is about so much more than what the public are aware of, some people think we walk around prestigious properties all day and rake in the money, the reality is far from this.

“Whilst filming with Rhod, there was a point where he got emotional when being shown the property that had been repossessed. Our day doesn’t always consist of dealing with happy situations, we are also dealing with people that are coming to terms with death, debt and divorce. You have to be emotionally connected with all of your customers and have compassion for their situation.”

When finally asked if he would employ Rhod, Gavin said:

“Rhod was great – but I’m not sure this is the job for him!” 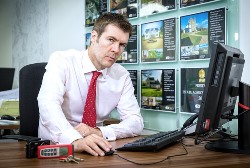