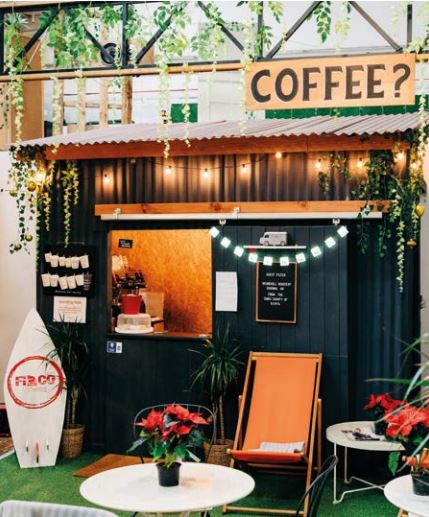 Alex Finlayson had what many people would consider a great, safe job. He used to be the head of facilities and maintenance at Cardiff airport.

“I'm an electrician by trade,” he told our magazine. “I worked an apprenticeship and did some things around the ​​​​​​​​​​​​​​electrician game. I ended up working at Cardiff Airport heading up the maintenance from 2010.” Despite the good job there was something a bit missing for Alex.

​​​​​“Hand on heart I probably fell out of love with it a long time before I stopped.” he said. “A few things have happened and it makes me realise you're not around for a long time in the grand scheme of things. I think 10 years have gone by without really noticing”
I could have stayed in a job where I wasn't really developing myself and enjoying it and before I knew it, I could have been in my 50s.​​​​​​

”It was about 18 months ago that Alex did a very brave thing. It is all very well to set out on your own when you have nothing to lose. It is quite another when you have a good job and​​​​​​​ are used to a monthly pay packet.

Having just turned 40 he packed in the job and started his own coffee business called FinCo. Alex no longer walks the large departure lounges or aircraft hangars of Cardiff Airport​​​​​​​ and is now based in a little shed that is no more than three metres across. From this little structure he produces some of the best roast coffee you can get anywhere in the city.

He said: “We started out last year and bought a previously converted Citroen HY van. I was approached by The Emporium on social media and decided that because the van had some major mechanical faults I would take it up. I needed to develop the skills with coffee but you can only learn by doing. I have to learn practically".
The business is doing well and has already built up a some regulars.

​​​​​"When you get people keep coming back it genuinely does mean the world to me because it means you're doing something good. People have so many options on coffee but to have them choose my place really is humbling". 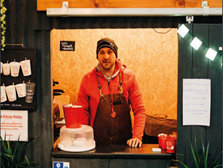