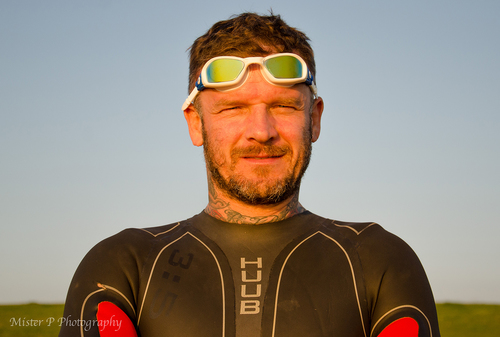 Pritchard successfully completed 30 Half Ironman triathlons in 30 days, starting day 1 in his home town of Cardiff and travelling through various towns and cities across Wales during the course of the challenge.  Peter Alan supported Pritchard throughout the month, offering branches as locations to base his daily triathlons around; staff participated in the run, swim and cycle legs of the challenge; and also helped to raise funds for this great cause.

Andrew Barry, Peter Alan’s Managing Director, commented, “I am so proud that Peter Alan have been able to support Pritchard throughout his amazing challenge and we’re delighted about how much it will help to support TÅ· Hafan’s vital work with life-limited children and their families.  Pritchard is such a determined man, I am delighted that he’s been successful on the challenge that he’d set himself, it really shows how much you can achieve when you put your mind to it.”

Pritchard’s 30 days has not been all plain sailing though, as a few weeks before the challenge he broke his coccyx after colliding with a car; during the challenge he fell off his bike resulting in a broken rib; and to top it off the cycle support vehicle was written off after being involved in an accident with another van.

Throughout his challenge Pritchard has received great support from Peter Alan staff, local residents, and members of the public taking joining him for the run, cycle and swim from across the UK.  He has also has great support from Ana-Loka vegan Café on Albany Road Cardiff where he has been fed daily.

This is not the end of the challenge though, Pritchard has several events planned over the coming weeks and months to help him reach the massive £100,000 target.

To find out more about Pritchard’s £100k Challenge or to donate to this very worthwhile cause visit www.pritchards100kchallenge.com 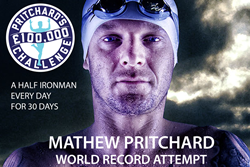