pa black, the exclusive homes service from Peter Alan, has been awarded The Sunday Times Estate Agency of the Year Award for Prestige Estate Agency.

pa black received the accolade on Friday 4 December, at The Lancaster London Hotel at The Estate Agency of the Year Awards, held in association with The Sunday Times and The Times.  The winners were presented with their awards by Matt Dawson international rugby star and MBE, with renowned journalist, author and newsreader Penny Smith acting as compere. 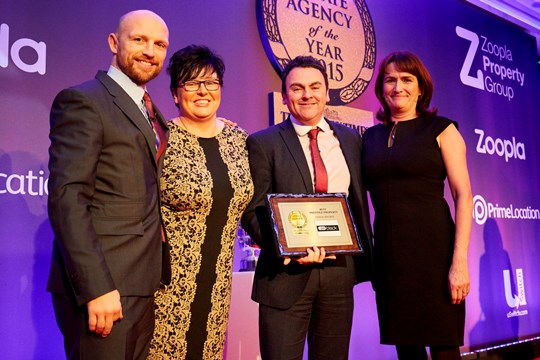 pa black is a powerful brand, with a clear focus on quality and distinction, which is now recognised for selling properties in the upper-end of the Welsh market.  The brand was launched in 2011 following extensive research which identified that whilst there was growth in the Welsh premium property marker there wasn’t a dedicated prestige service.

Andrew Barry, pa black Managing Director said, “I am delighted that we have been crowned best Prestige agency in the UK.  This is an exceptional achievement firstly considering we were up against many London and UK household agencies; and secondly considering this brand is only four years old.  Since its inception we have seen continued success, and have expanded from just two dedicated pa black branches to now offering the premium service within all our current Peter Alan branches.   There are also plans to open further pa black branches in the next 12-18 months.”

The award Judges Report praised pa black, commenting, “The directors should be congratulated on filling a gap in the Wales property market with this distinctive offering.”
Award winners were decided following a rigorous and thorough judging process by a panel of 19 industry experts who assessed initial entry submissions before conducting an extensive review of the entrants, which included over 150 hours of telephone interviews and mystery shopping exercises. The whole of the judging process was overseen by The Property Ombudsman, Christopher Hamer, and Mark Hayward, Managing Director of the NAEA acted as Arbiter.

Now in its thirteenth year as a dedicated competition, these awards have become widely recognised as the most prestigious and difficult to win. With more entrants than ever before, over 5,000 offices were represented this year, but only the very best of the best were crowned as winners. 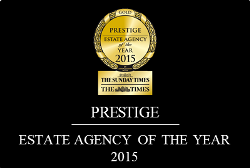